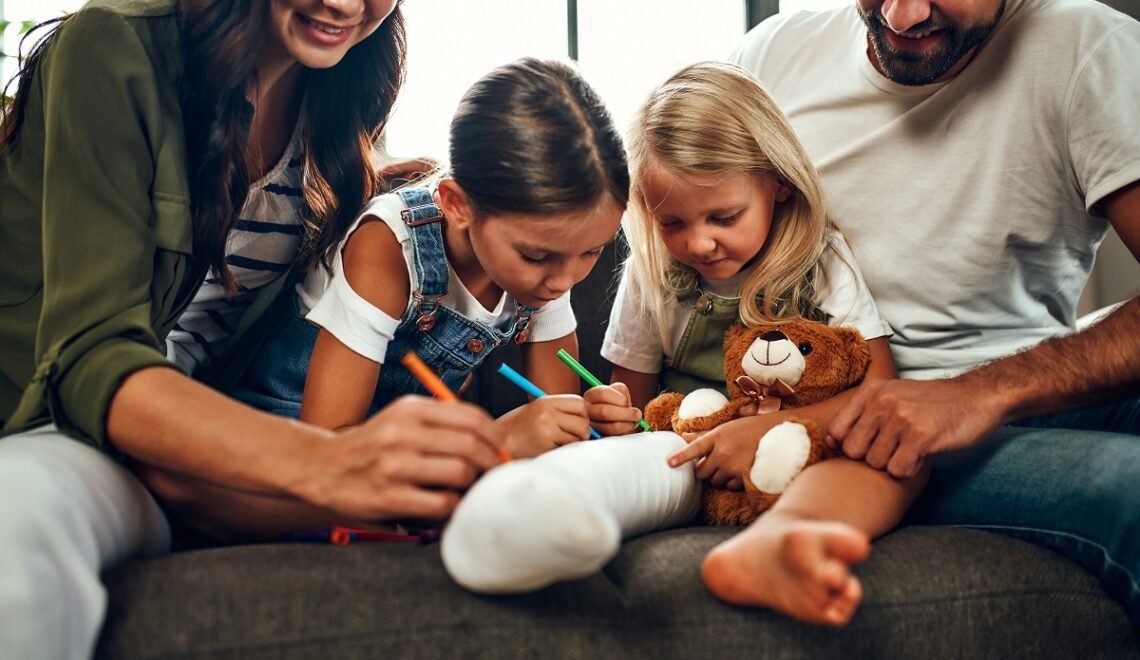 The role of Dads in Raising Children

After becoming parents, the life of Mother and Father will definitely change. It is not only the daily routine that changes but also the priorities of life as well as the way Father and Mother View life. Uniquely, the changes that my father experienced after my mother gave birth also turned out to be in my father’s brain, you know.

Many people, even in today’s modern world, think that raising children is the sole responsibility of mothers and that fathers are solely responsible for providing for the family. But research shows that the role of the father in raising a child is not something that can be easily ignored. However… What about dad? Is it on the sidelines of all these events, all this magic?

It is time that we include fathers in parenting that the emphasis is on breaking down some of those ideas that “they only help and”, and that they “just are.” Because a father does not help, he is present and occupies his vital, affective and significant territory. Furthermore, he also experiences certain changes at the brain level that it is necessary to know…

In this article, we will focus on the role of Dads in raising children. Please join us.

The effect of having a father on the development of children

During adolescence, children look more at their peers and want to be like them; but if you ask them how they want to be in the future, they will consider their parents.

When children become parents themselves, they look to their parents for the dos and don’ts of life. For example, the father has a great influence on increasing a girl’s self-esteem and developing her personality as a woman. For example, examining the lives of famous people like Hillary Clinton, and many prominent women scientists, we see that their fathers had a lot of influence on their daughters.

Dads, the closer the better

Dad the closer the better. Dad should be next to mom and should also enjoy her skin-to-skin moments, her naps with the baby; those baths where the father makes his son laugh out loud…

As we already know, oxytocin is key in motherhood. It stimulates lactation and intensifies the need for affection, care, and attention of mothers concerning their children. This is something that we already knew and that we have read and heard ad nauseam. However, let’s remember this fact: fathers secrete the same level of oxytocin when they are with their babies as mothers.

For the child to have a comfortable relationship with the parents and to be able to share their problems with them without worries, the parents should give examples of their childhood and related problems to the child. Help children follow up and solve personal or school problems with confidence and accuracy. Show children the right way to handle problems and reassure them that you will be there for them. Observing these will play an important role in children’s emotional, psychological and spiritual development and will help them learn to solve problems.

Dad acts as a backup and protector

A Dad who plays a significant role in the child’s life, both physically and mentally, and emotionally, creates a sense of security and peace for his child. When the child knows that the father is caring and supportive. No matter what the situation is, a sense of trust, security, and stability is created for the child that will not be replaced by anything else.

When it comes to raising children, less attention is paid to Dads, but this does not mean that they are less important because the role of Dads in raising children leads the child to develop. Contrary to popular belief, Dads play an important role in the process of raising children in various aspects of emotional, educational, and self-confidence. Fathers can describe how health and respect in relationships have a positive effect on the upbringing and relief of children’s personalities in dealing with stress.